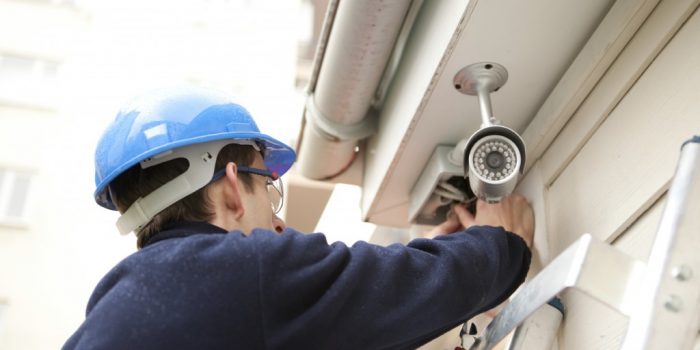 Hiring maid service offers a lot of terrific benefits, there’s no denying that. But there’s one catch that plenty of people have trouble getting over it. There’s always that distinct possibility that a maid may steal one of your belongings. That possibility of theft, however, doesn’t have to hang over your head.

To minimize the risk, you should hire a reputable maid service such as Molly Maid. Or better yet, a service that friends of yours have used for a significant time. If these friends haven’t had any theft issues (or any problem whatsoever), then it’s likely that you won’t either.

In addition, you can also just install CCTV cameras. These cameras have become ubiquitous these days. They’re very affordable and you can buy one for each room without investing a lot of money. They can work with smartphones nicely, so if you’re out of the home you can always monitor the house at any time. They record any evidence of trouble, including maids possibly breaking any of your stuff.

Here are some tips that should help, if you’re considering installing CCTV cameras in your home:

Don’t Install the Cameras in the Bathroom

That’s not right, and in plenty of places it’s downright illegal. You can’t install the camera where visitors to your home expect a measure of privacy. That includes changing rooms and guest bedrooms, unless you take down the cameras when guests stay over.

The Cameras Aren’t for the Maids

Tell the maids beforehand about the cameras. It’s best that you’re upfront about the presence of cameras in the home. If you don’t and they find the camera, they may feel insulted or otherwise upset.

It doesn’t even have to be awkward, as if you’re implying that the maids may be up to no good. Instead, tell them that you have other reasons for the installation.

Many Maids Work Better with Cameras

The CCTV cameras may also prove that the maids didn’t do anything wrong when they worked in your home, especially if you find something missing. That way, you can look for the missing items without wrongfully accusing the maids of theft.

Quite a few maids find CCTV cameras reassuring. Those who have been wrongfully accused of theft before have found the accusations unpleasant, especially when it’s their word against the owners. The video footage at least gives them proof of their innocence.

The point of the cameras, keep in mind, is not really to catch the maids in the act of theft. You actually want to prevent that problem from ever happening. In case the maid has theft (or other shenanigans) in mind, then they’re likely to change their minds if they know there are eyes everywhere.

Placing the cameras may seem like a simple DIY task. You can always prioritize the rooms where you put your valuables, so that means putting a camera in the living room and in the bedroom where you put your jewelry or expensive wristwatches.

But professionals do it better, as they know precisely where to put the cameras for best effectiveness. They can set up the cameras where they can monitor an entire room and record all events within range.

Cameras Don’t Have to Be Expensive

One of the best options for security cameras is to go with the Arlo Pro 3 Wire-Free Camera System, with 2 cameras and the Wi-Fi. It’s great for indoor or outdoor use, and it even records videos in color at night. It’s easy to install or take down. It works with Google Home and Alexa, and you’re alerted through your smartphone.

The downside here is that the whole kit costs almost $400, with some sellers setting the price at almost $500. You also need a subscription after 3 months, or else you won’t be able to save the video recordings. All in all, it can get pricey.

But then there’s also the Wyzecam Indoor Wireless Smart Home Camera. It’s so small that it’s almost invisible. It comes with night vision, and it also works nicely with Google Home and Alexa.

This costs only $53 per camera, and there is no required subscription. You have access to the videos saved on the cloud for the next 14 days.

So, if you’re worried about theft, don’t be. Enjoy all the benefits of maid service, while you’re also reassured that your possessions are safe. Even the maids will appreciate how you’re unlikely to accuse them of theft, when something does go missing!