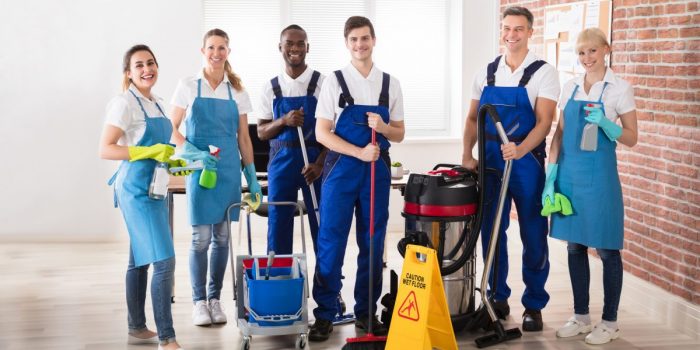 The term “maid” is inherently feminine – the root word is maiden. The archaic definition of maid even means virgin. And the official definition of maid is “a female domestic servant.” Is it sexist? Probably. But is there such a thing as male “maids”?

The answer is yes if the term “maid” is to be used interchangeably with cleaning and housekeeping professionals. If we’re sticking with terms, the appropriate label for a male maid would be a butler.

Historically, most butlers were male but that didn’t stop women from becoming butlers. The first mention of a female becoming a butler is in a book written by Horace Smith. The preference for female butlers was so widespread that even an academy dedicated to butlering and household management reported that at least 40 percent of its admissions are female.

There are actually companies that provide cleaning services which are done by men. Maggy Maid and Merry Maids may not have them yet, but they should be catching up soon.

Even before the term maid came into existence, the role of housekeeping goes back thousands of years. When humans developed farming, men were still actively hunting, leaving the females in their homes to rear the young and maintain house cleanliness.

Motherhood and house chores became so intertwined that it became impossible for the two to separate. Recent sociological developments did change that fact, and the stereotype that housekeeping be limited to the female gender slowly became obsolete, or did it?

There are strongly held beliefs about why women are better housekeepers than men. Some of these are:

And here are some “facts” that could make men better house cleaners than women:

To say these are true would be a stretch. Females can do the job as well as males, and that hiring a professional housekeeper should be based on their experience and not their gender.

The government has identified this stereotyping in jobs, not just house cleaning, and have made laws to prevent discrimination in jobs based on gender. The Civil Rights Act of 1964 strongly prohibits the employment discrimination based on gender, race, religion, or country of origin. Even age is not a valid excuse to refuse someone from doing their job.

Despite this, the job market for professional house cleaners has been mostly dominated by females. This is because the stereotype has been so ingrained in society that females have stayed longer in the professional housekeeping industry longer than males.

Some are still reserved about hiring males for professional house cleaning not because females do a better job, but because of a similar stereotype about men. Some female house owners do not fancy the idea of men folding their brassieres and undergarments, but then again, it’s always nice to point out what the housekeeper should be doing or not to avoid awkward situations.