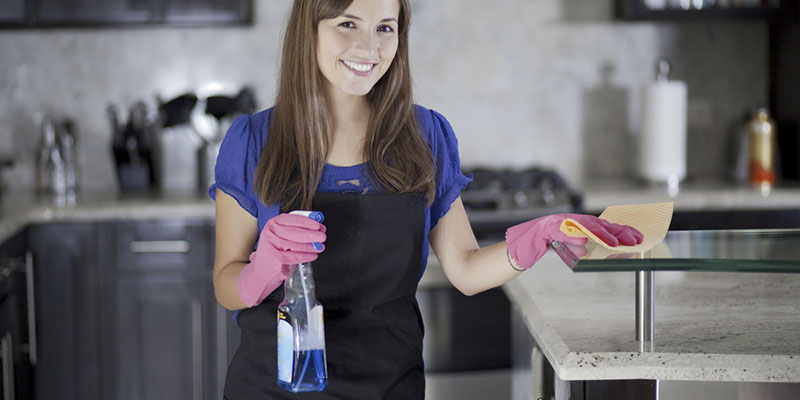 Who says that part-time maids from reputable cleaning companies, such as Merry Maids, can only perform housecleaning tasks? You can also ask the management for extra maid services from their professional housecleaners albeit at different terms and conditions than the standard contract. You now have the opportunity to make your holidays and everyday life so much easier, thanks to the pair of extra hands.

If you have mounds of dirty clothes for which you have little time to wash and fold, you can hire a part-time maid for the job. Just remember that you have to respect the sensibilities of the part-time maid when it comes to washing your family’s clothes, linens, and the like.

For example, you have to sort the items with bodily secretions particularly blood, mucus, and semen, among others, because these are not just icky but can carry germs. You may also want to wash your undies on your own since these are such personal items that no stranger should be forced to handle.

After washing the clothes, you can also instruct the part-time maid about the appropriate places for placing the folded clothes. You may also just ask for the folded clothes to be placed in the hampers so that you can place them in the closets later on.

You can leave instructions about the usual way that your pantry is organized. But you should also be willing to listen and accept valid inputs as there are plenty of ways to effectively organize things.

Clean and Organize the Closets

If your closets are too cramped or too messy, you can skip on most of the stress of putting order into the chaos by hiring an extra pair of hands. You should be on hand to instruct the part-time maid about which clothes to keep and dispose, where to place the items, and even how to fold the clothes according to your preference. You will spend half the time on the task than if you undertook it on your own.

When you come to think of it, you can ask part-time maids to be your helpers around the house for the duration of their time in it. Just remember that you are hiring maids, not slaves, and you will enjoy good results.